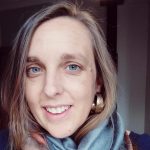 This chapter was first published in Within My Reach by Amy Blythe.

Thank you for reading with us.

Help us to continue and develop our projects with a donation!

Are you a professional or budding writer and want to contribute with a story?

This story contains graphic language and viewers are required to be older than 16 years old to read.